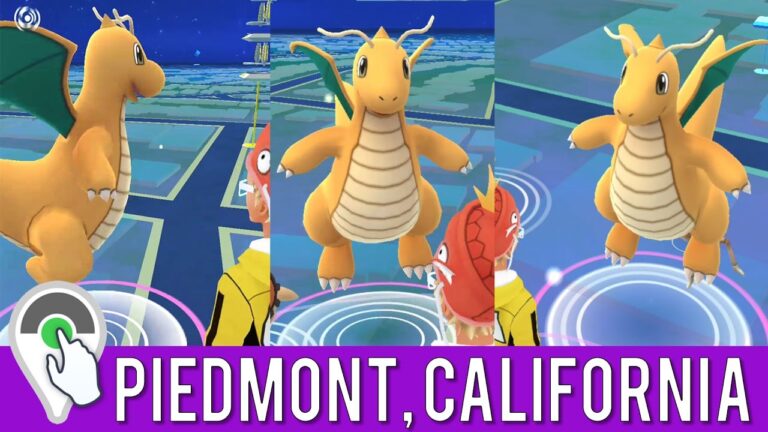 This will go down in history as one of my best nights ever playing Pokemon GO! I’m visiting the San Francisco Bay Area and staying very near to Piedmont, California. I regularly visit this area but it’s the first time I have played Pokemon GO here with a scanner! I’m finding a ton of grimers which is really awesome but most of all the coolest thing is I’m seeing wild Dragonite all over the place! I can’t believe my eyes but I have gone for every spawn so far and I got three raw dragonite spawns! One was by Millennium High School and one was at the three pokestops in Piedmont Park and the other was actually over by Grand Avenue in Oakland but basically the same neighborhood. I knew this area spawned Dragonite because I lost a really huge Dragonite here once before. It was one of the biggest pokemon I have ever seen wild because it had question marks! I didn’t catch that one, it’s a really old video of mine. So this is totally redemption!